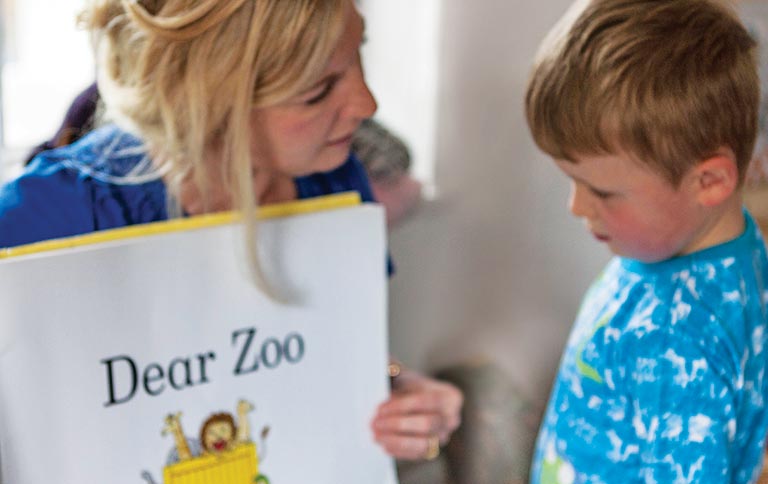 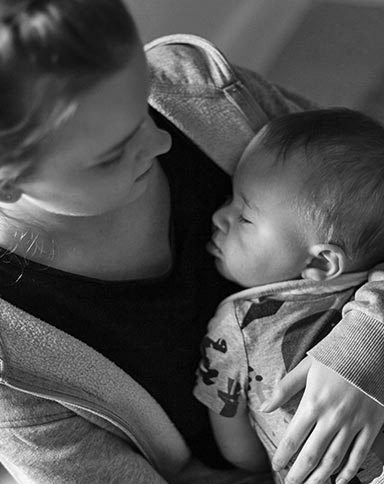 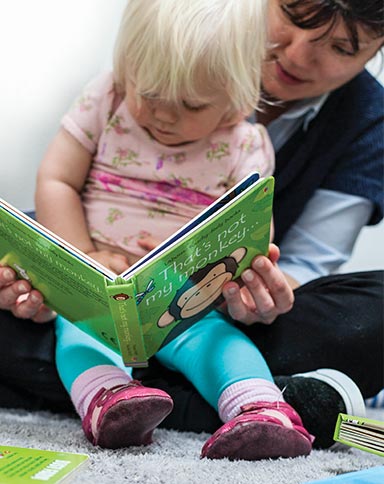 The staff work well together and make a strong team. This ensures a consistent approach and high-quality care and learning experiences for all the children.

First and foremost, we recognise the necessity of having a well-qualified, competent and effective staff team, where time is made for on-going training. We really value our staff and therefore have a very low turnover. This continuity is a crucial part of running a successful nursery. We always ensure that staff ratios are adhered to so that each individual child receives the best level of care and support.

The team members come from a variety of backgrounds and therefore bring different life experiences to Little Steps. We also value our links with child-care academics and we encourage the attendance of students from the local colleges as there is mutual benefit in the exchange of ideas and experiences.

Our staff are encouraged to take part in workshops and courses so that we keep abreast of child-care issues. We believe opportunities for professional development are vital to support and enhance our personal and professional approach to childcare.

The Principalobtained a National Nursery Examination Board (NNEB) diploma in 1980 and worked in a number of early years settings prior to helping set up Little Steps in 1999. She gained her Early Years Foundation Degree in 2010 and completed her training as a Forest School Leader in September 2016.

Ladybird group– Our full-time deputy gained her National Nursery Examination Board (NNEB) diploma in 1983. She is the mother of two grown-up children and a grandmother and has been working at Little Steps since 2001. Our deputy is a special educational needs coordinator (SENCO). Like the rest of the team, she works in partnership with parents and outside agencies, attending courses to further her skills and experience.

Ladybird group– Our Nursery Nurse joined Little Steps in May 2016. A qualified nursery nurse for 15 years, she has a wealth of experience in day nurseries.

Ladybird group– Having already completed her 1st year Level 3 in Early Years Childcare and Education in a day nursery setting, our Nursery Assistant joined us October 2017. She has since gained her Nursery Nurse qualification at Little Steps.

Caterpillar 1 group– Our qualified Nursery Nurse joined us in 2007 and took a few months off to travel before returning to Little Steps.

Caterpillar 2 group– Our Room Leader completed her Diploma in Child Care and Education in 2008 when she took up the position of nursery nurse at Little Steps. Having cared for the babies in the Ladybirds, she joined the Caterpillars in September 2011.

Caterpillar group 2– Our Nursery Nurse joined us in September 2011 having qualified in July 2010 as a Nursery Nurse with a Diploma in Child Care and Education.

Caterpillar group 2– Our Nursery Nurse started with us when she was a baby and went on to gain her qualification in Early Years Education in 2016.

Caterpillar group 2– Nursery Nurse joined us in January 2013. Having travelled from Hungary she spent 2 years gaining her qualification in early years and has had previous experience both as a nanny and within an early years setting. She returned from her maternity in December 2016 to work part time Tuesday to Thursday 10.00 – 6.00 pm.

Butterfly group– Our Deputy joined Little Steps in 2000, having gained her National Nursery Examination Board (NNEB) qualification as a nursery nurse in 1998. After having two children of her own, she chose to return, working part time (Mondays and Tuesdays) in her role as Deputy.

Butterfly group– Our Nursery Nurse trained with us as a student before gaining her Diploma in Child Care and Education in 2010 and returning to Little Steps as a qualified Nursery Nurse.

Butterfly group– Our qualified Early Years Teacher joined us in 2009. As a mother of two, she has a wealth of understanding and experience of the needs of young children. Working alongside her colleagues, she is responsible for planning and implementing a broad and balanced curriculum to support the children’s learning. She works with the group on Monday, Tuesday, Wednesday and Thursday mornings during term time only.

Butterfly group– Our Nursery Nurse joined us in January 2013. Having travelled from Hungary, she spent two years studying for her Early Years qualification. She had previous experience both as a nanny and in an early years setting. She returned from maternity leave in December 2016 to work part time Mondays to Thursdays, 1.00 – 6.00 p.m.

Our Apprentices – Work alongside the team throughout the nursery in order to gain the knowledge and skills needed to become a qualified practitioner.

Cook/Housekeeper– She has been a vital part of our team since 2000. She meets the children’s dietary needs by cooking healthy and nutritious meals.
We also have a cleaner, gardener and maintenance person. All staff have been DBS checked and have completed child protection and paediatric first-aid training.